There were times when unmanned aerial system (UAS) could only be found in the hands of military and surveillance personnel. Due to the popularity of drones, many homes in the UK, US, Australia, and other European countries have unmanned aerial vehicles.

The sharp increase in the demand of the remote-controlled aircraft has seen many countries establish regulations and restrictions concerning the flying of the quadcopters. The purpose of such restrictions is to ensure the safety of the citizens and properties and thus prevents drone accidents.

Two such prominent bodies that have come forward to define drone flying boundaries are the Federal Aviation Administration, FAA, and the Civil Aviation Authority, CAA. Although clashes and accidents of unmanned aircraft can still be spotted in the US, the FAA regulations have helped greatly in reducing such incidences.

Now if you have the best FPV drone in your hands, you need to be aware of the restrictions imposed by the FAA for flying drones. Knowing these would help you stay out of trouble.

Here are some of the FAA restrictions on FPV drone flying;

1.Restrictions on airspace use

The FAA regulations, through special security instructions, forbid flying of any unmanned aircraft beyond 400 feet. However thrilled you may be with flying hobby drones, the law doesn’t allow flying your FPV drone above a height of 400 ft.

The FAA has the mandate to impose temporary flight restriction on a region as circumstances dictate. Some of the factors that can lead to such a temporal restriction include;

Until such a temporary restriction is uplifted, flying over such an area would be illegal.

3. Flying over sporting events and stadium

Sporting events always draw a sizable crowd. Consequently, the FAA prohibits anyone flying an FPV in such a crowd. In addition, it prohibits drone flights an hour prior and after the sporting event.

While in the stadium you aren’t allowed to fly an UAS in or around the stadium. You are only allowed to do so when you are at a safe distance of three miles away from the stadium.

Some of the sporting events that you cannot fly your FPV drone include;

Any attempt to fly a UAS over a national sporting activity or league would lead to an arrest. One of the best examples of infringing of such rules is reported by the BBC news. 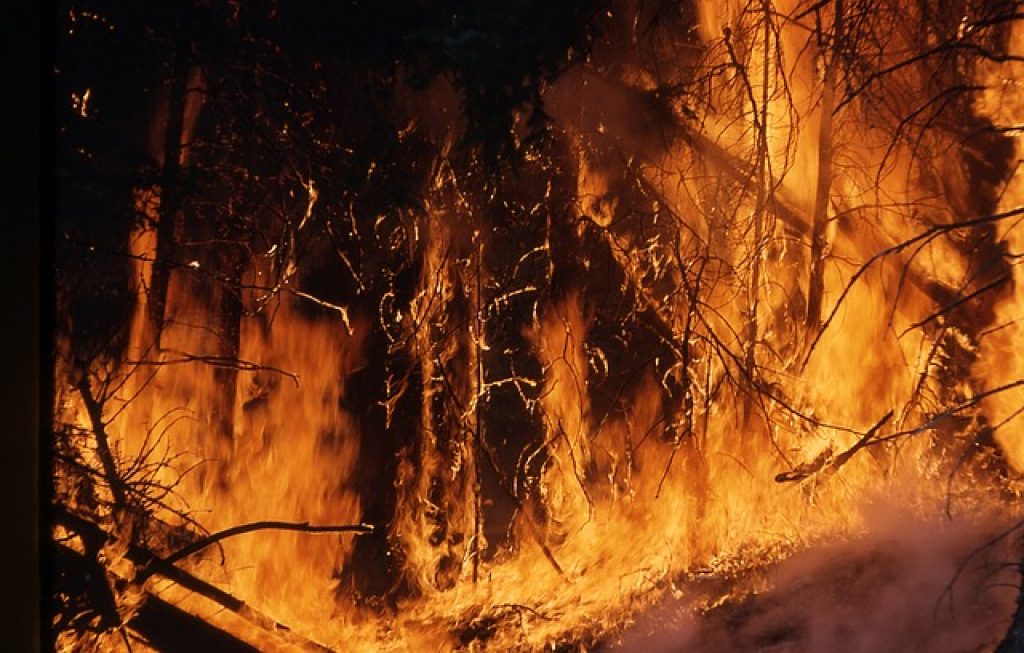 Usually, drone owners prize their equipment and wouldn’t wish to risk flying over fireballs. However, there are times when such a temptation may strike;

For instance, when a wildfire breaks in a park, major city or forest.

However, the FAA clearly warns against any such an attempt.

Flying your drone over such an emergency with the aim of capturing the live event is a crime. Moreover, it also puts your quadcopter at risk too. Flying around fire rescue operation is therefore restricted.

5.Using drone around the airport

According to the US FAA regulations, to fly an unmanned aircraft within a radius of 5 miles of an airport, one must notify the airport authority.

What this means is that when you want to use your quadcopter within the defined vicinity of the airport, a prior notification is necessary

The rules further demand that the notification must be given to both the airport operator and the control tower authority. And furthermore, such a remote-controlled aircraft must not weigh more than 55 lbs.

Washington DC and its surrounding airspace is a no-go zone for any unmanned aircraft. No aircraft are allowed to fly over the national defense airspace, as it is formally called. The only exception to that prohibition is when you have the authorization of the Federal Aviation Administration or the Transport Security Administration.

To fly a recreational or non-recreational UAS including your FPV within 15 radii of Washington DC, you have to stick to the following rules too;

The flight must take place when the weather is clear. Unclear sky suggest rain and thunderstorm which will interfere with the drone’s control or operation

Flying your drone over US capital and government buildings could land you into problems. Consider the incident where a man was arrested and questioned for flying an unmanned aircraft close to the White House in 2015.

In addition, most US national parks are no-fly zones for UAS. Flying a remote-controlled aircraft over parks create unrest for the animals. In addition, it could also be disturbing to any tourists in the park.

Most countries have restrictions on private lands, properties and security meetings that are no flying zones for UAS. Thus it is important to get acquainted with your countries laws on drone flying.

Moreover, as the FAA advocates, you should register your FPV drone before deciding to fly it.

Whatever activity you are planning to use your drone, let it be legal. Remember you are responsible for the activities undertaken by your craft, even if it’s a racing drone.

How to Register your FPV Drone with FAA

As an Amazon Associate I earn from qualifying purchases.